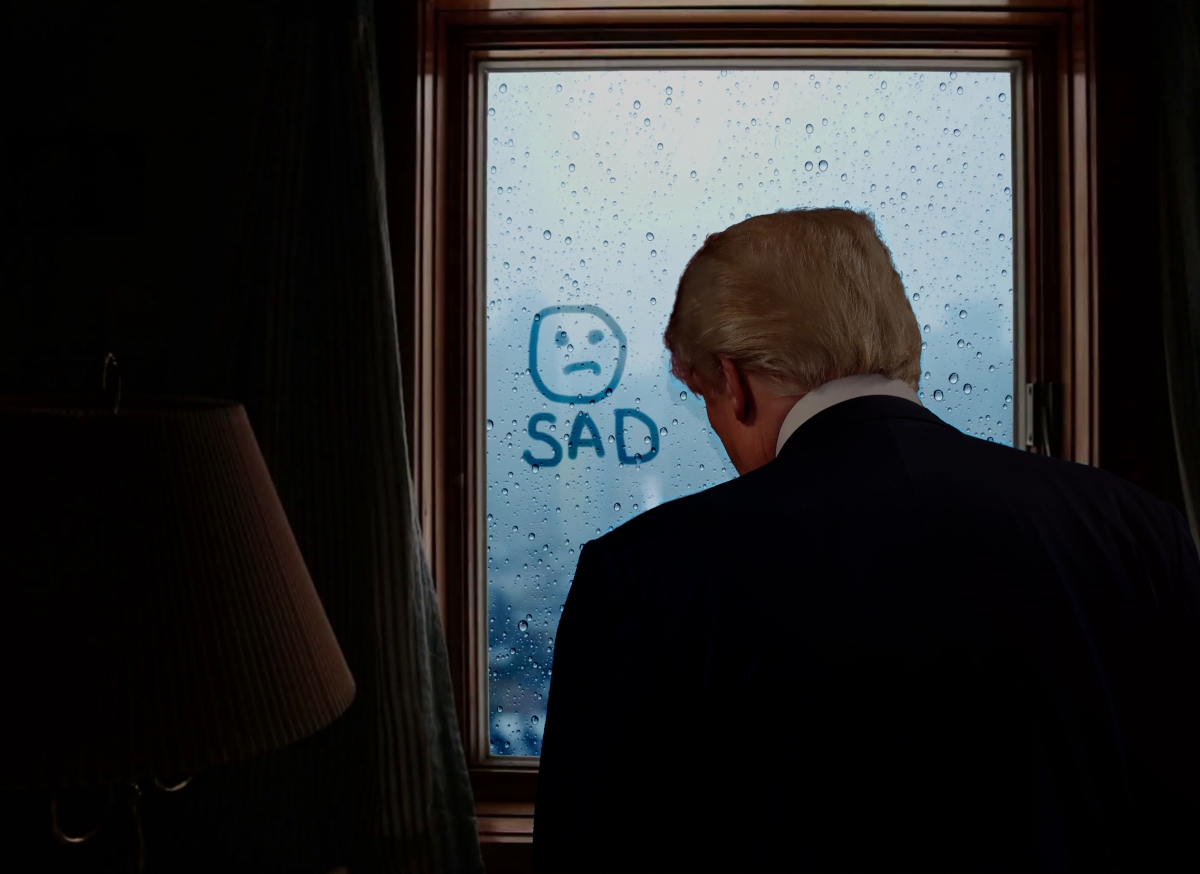 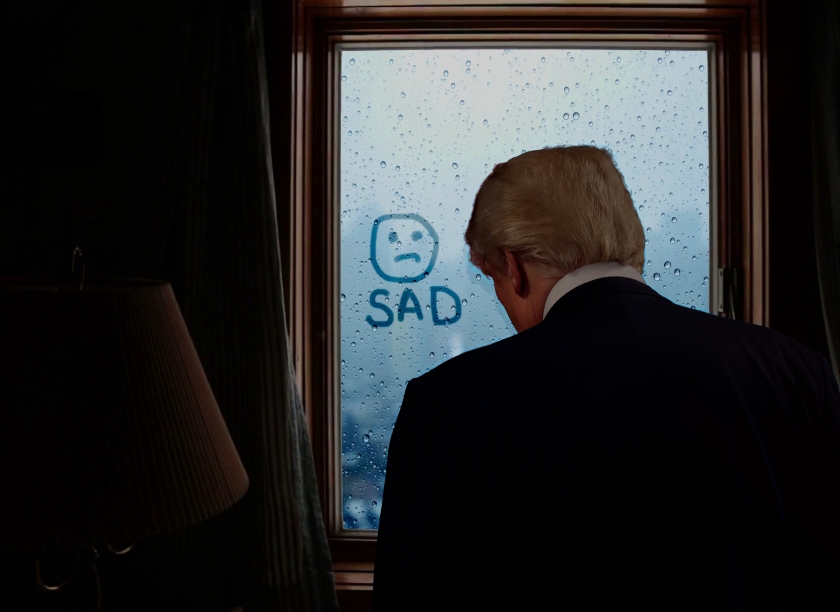 We met with U.S. President Donald Trump to talk about his political accomplishments in 2017. But instead of engaging in an objective conversation about his political endeavors, Mr. Trump broke down in tears and vented about his struggle with depression. The Pulp Press reports.

As soon as we asked our first question regarding his 2017 political accomplishments, the cocky and stoic Mr. Trump swiftly morphed into a tiny creature with red eyes, hunched shoulders, tight lips, and unusually expressive eyebrows.

In fact, Mr. Trump looked so sad that it would have been inhumane to ignore his emotional expression; we had no choice but to ask him what was wrong.

And it turns out – as far from the obvious as it is – that Mr. Trump suffers from abnormally low self-esteem due to various mood and personality disorders.

The Man Behind The Mask

“I feel sad every day,” said Mr. Trump as he reached for his handkerchief. “Nobody understands me. I feel very bad,” he wiped a drop of snot from his left nostril, “and nobody wants to help me. Nobody likes my ideas. I am such a loser!”

Donald Trump was diagnosed with depression during his first-ever psychiatric evaluation just after Donald Trump, Jr. was born when Ivana Trump (first wife) “pressured” him into seeking help from one of America’s leading mental health specialists.

But Mr. Trump did not appreciate the diagnosis and stormed out just before the evaluation was concluded. “They asked me if I feel insecure about my penis size, which is ridiculous – I have a huge penis. The only reason any woman has ever turned me down is because my [SIC] penis is too huge. My penis is huge and it is functional, and it’s ridiculous that anyone would ever think that I would be insecure about my penis size.”

According to Mr. Trump, the few psychiatric appointments he has upheld have been cut short. “As soon as they mention anti-depressants, I’m out,” he told us, citing that he already treats his low self-esteem with “Botox, fake tan, hair plugs,” and Twitter rants.

Mr. Trump admits that his condition has an impact on his ability to lead the country by attracting more media coverage. “It keeps the global community interested in me, and that’s tremendously helpful,” he boasted.

Our interview was scheduled to last half an hour but ended just short of ten minutes when Mr. Trump’s emotions took over and prevented him from speaking.  Here is his last quote from the interview from the transcript:

Keep your chin up, Trump! Millions of Americans understand what you’re going through and will be happy to support your recovery.

For anyone else who is struggling with self-hatred, why not try getting a lobotomy?