Oh, doggies! They are our best friends; we love them, and they love us, too. With that said, things can get a bit awkward sometimes, especially when it comes to the tradition of crotch-sniffing (or lack thereof).

Lots of humans don’t realize this, but when a dog walks away from an opportunity to sniff your crotch, that’s their way of telling you that you’re super boring down there. And even fewer humans realize that dogs are actually trying to ostracize you when they don’t smell your crotch.

We reached out to dog-whispering veterinarian Dr. Klein to find out just how offended you should be if a dog doesn’t sniff your crotch, and her answer was honestly pretty brutal. But luckily, she also gave us some really great advice so you never have to be offended by a dog ignoring your crotch scent again!

“It’s basically the canine way of saying, ‘You really need to spice things up a bit down there.'”

According to dog-whispering veterinarian Dr. Klein, crotch-sniffing is a very important cultural custom for our canine pals. “When a dog sniffs your crotch, they are essentially scoping you out to see if your nethers smell interesting enough to be of use to them and their social circle,” She tells us. “When a dog doesn’t sniff your crotch – well, it’s basically the canine way of saying, ‘You really need to spice things up down there.'” Dr. Klein adds.

So, should you feel offended if a dog doesn’t sniff your crotch? The answer is brutal but simple: “Duh,” says Dr. Klein.

What can you do about it?

1. Wear the same pair of unwashed underwear whenever you know you’ll see a dog

According to Dr. Klein, this is the most simple piece of advice to follow. “Just have that one pair of underwear that you only wear if you think you’ll encounter a dog, and never wash it.” The smell of your crotch will become more and more appealing each time you put them on.

2. Rub a juicy steak all over your groin

One way to make your crotch smell more interesting is to rub a juicy steak on your groin for about 15 to 20 minutes every day.

Okay, so your anus might get really itchy, but dogs adore the smell of shit, so it’s worth it. You might lose a few human friends, but at least every dog will be intrigued by you.

Most importantly, be confident in who you are 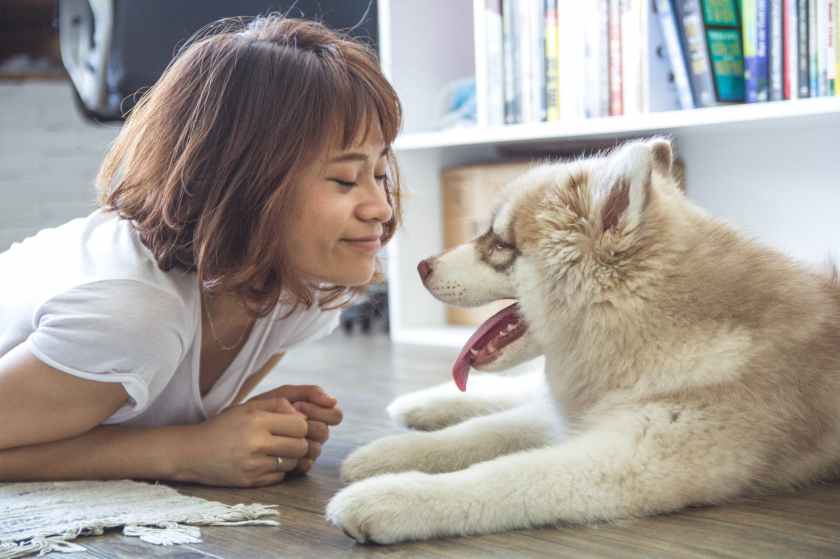 Whether or not you try out Dr. Klein’s advice, one thing is certain: You need to be confident in yourself. A dog might think your crotch is boring, but that doesn’t mean that you are boring. In fact, you are probably really cool, and that dog doesn’t need to feel the same way for it to be true.